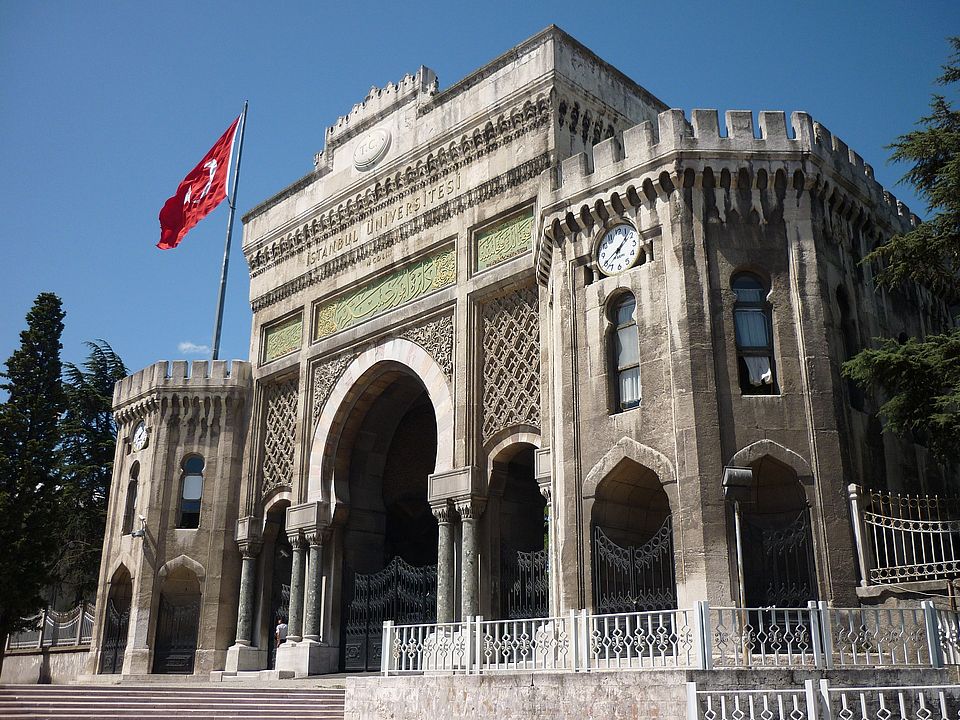 Within the Swiss-European Mobility Program there is a possibility for BA, MA, and PhD students (as well as faculty members) of Near & Middle Eastern Studies to go abroad to Istanbul for Arab Studies. Our cooperation partner is Arab Language and Literature at the Department of Oriental Languages and Literatures at the Istanbul University.

Although its heritage goes back to the religious seminary (medrese) founded in 1453 after the conquest of Constantinople by Sultan Mehmed II, the Istanbul University became an institution of modern higher education (darülfünûn= house of sciences) in 1846. The darülfünûn (renamed to İstanbul Üniversitesi in 1933) went through various reforms during the 19th and 20th centuries. Its historical buildings represent both the imperial and republican heritage of Istanbul University.

The instruction and study of Arabic belongs to university’s oldest disciplines, which was always part of the traditional curriculum of Islamic sciences. In early 20th century Arabic also established itself as a classic and modern philology at the Faculty of Humanities. During the Nazi era, many German-speaking Orientalists went into exile in Turkey and became professors at Turkish universities. One of them, Prof. Dr. Helmut Ritter, built up the Department of the Oriental Languages and Literatures after the European model of Oriental studies (şarkiyat), hence united European-Orientalist methodology of critical-historical philology with an “Oriental” but “non-Orientalist” student body resulting in noteworthy academic studies on the rich corpus of Arab manuscripts of Istanbul. Today, Arab Language and Literature at Istanbul University is the largest institute of Arab Studies in Turkey, training not only future academics of Arab literature and linguistics, but also teachers and translators of Arabic. Along Turkish scholars, many native-speaking scholars are among the faculty members. The growing number of Syrian refugees in Istanbul also slowly started to change the diversity of students in Arab Studies, enabling cross-cultural experiences at the intersection of Turkish and Arab social spaces. All Turkish undergraduate students who do not speak or write Arabic at the beginning of their studies go through a preparatory one-year intensive course (hazırlık) at the University of Istanbul. Thus, the level of these BA students is slightly higher than the level of their “classmates” in Near and Middle Eastern Studies in Basel or other European universities. Nevertheless, there are courses of Arabic language, dialects, literature, and linguistic at all levels.

Studying Arab Studies in Istanbul is a unique chance to enhance language skills not only in Arabic, but also in Turkish as a language of instruction and daily-life. Since Arabic and Turkish are the two mandatory languages thought in BA Near and Middle Eastern Studies at the University of Basel, this enables BA students to go abroad for one or two semesters without loosing track in their language instruction. And it is a chance to advance Arabic and Turkish language skills at once. Besides the curriculum of Arab Studies, exchange students are encouraged to attend other courses from different disciplines, from political science to theology.

Placed in the striking atmosphere of the imperial “old town” of Istanbul, the Istanbul University is the social and cultural artery of the Turkish youth and offers a lifetime experience.